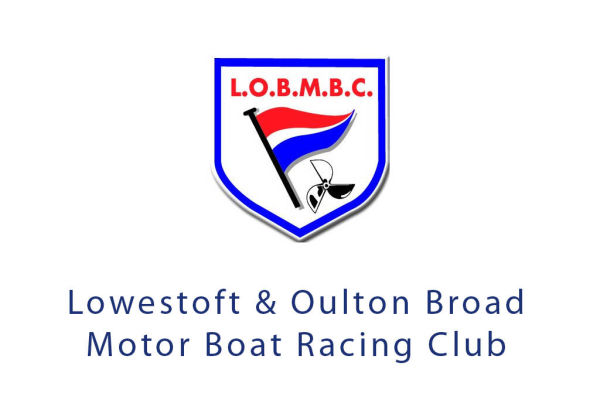 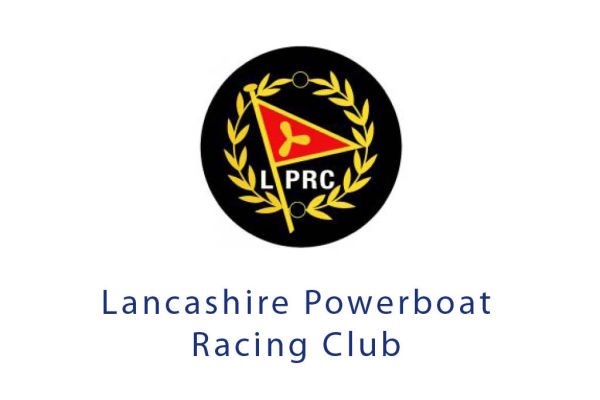 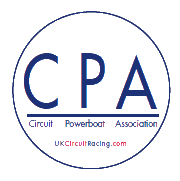 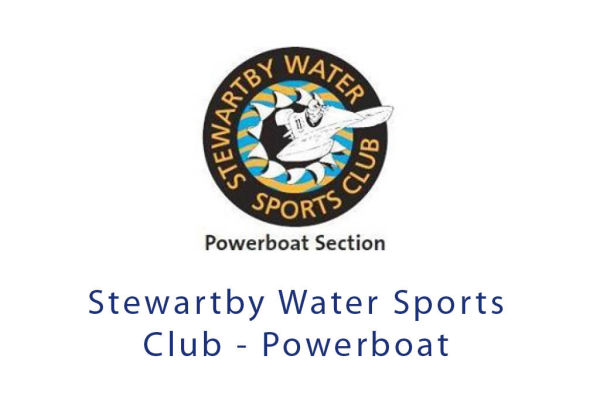 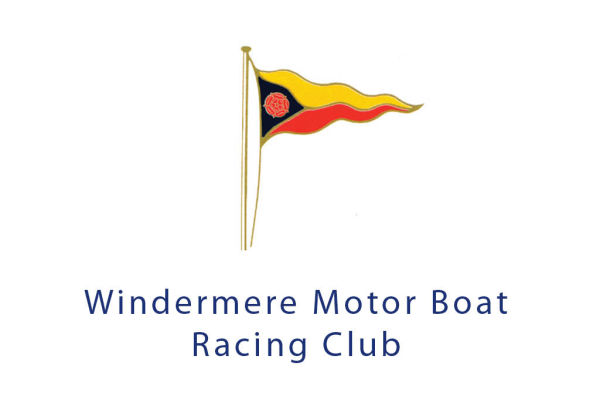 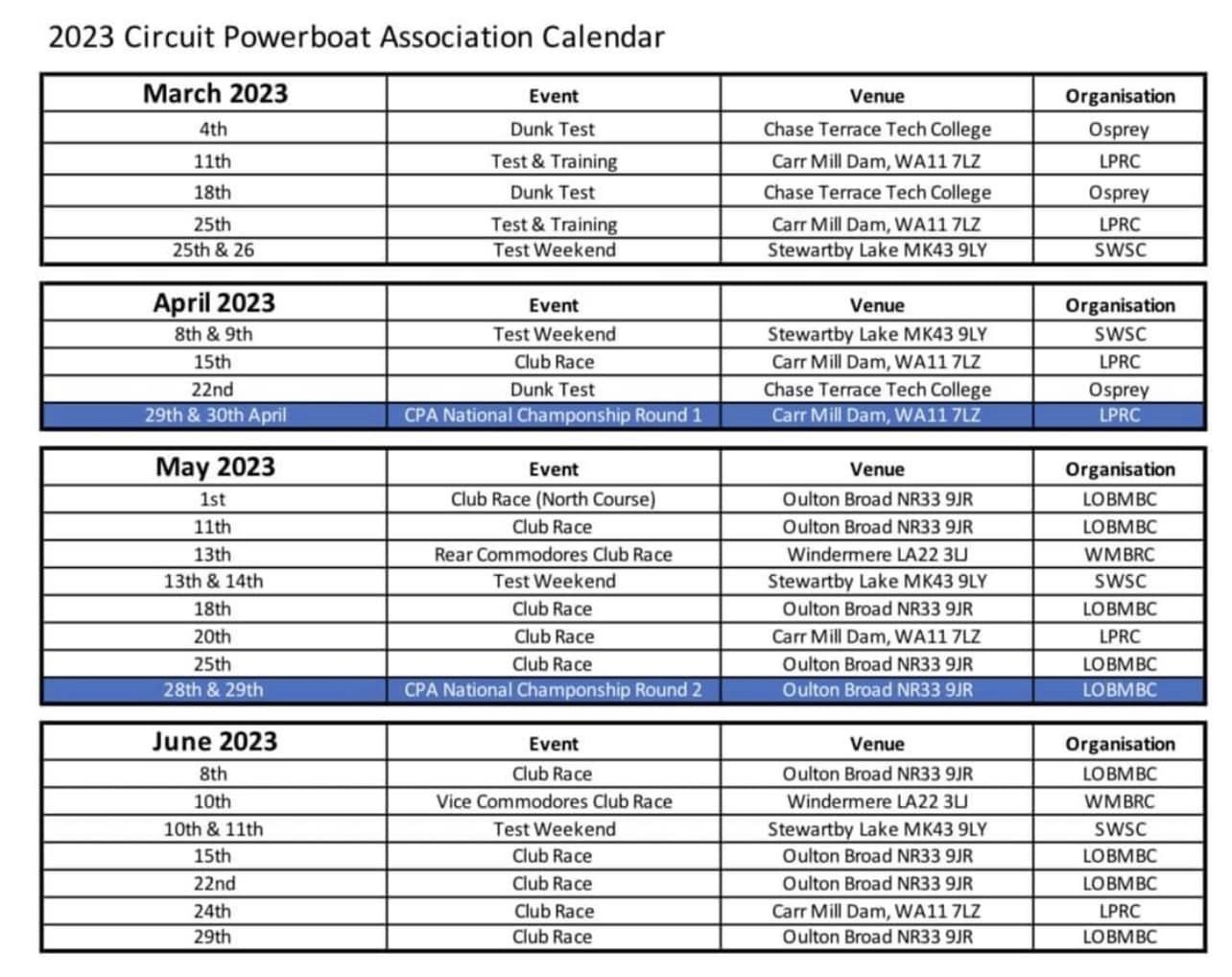 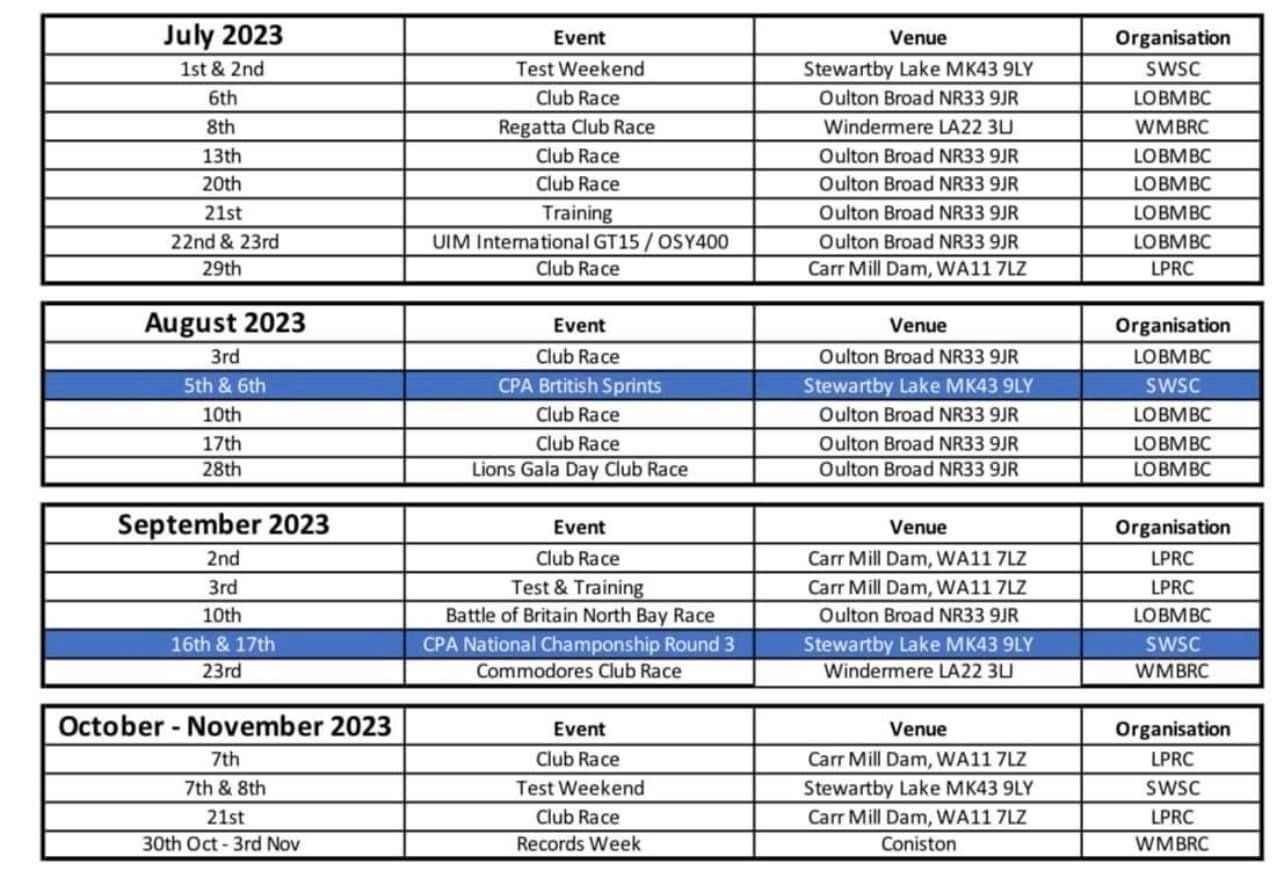 The Oulton Broad Motor Boat Club was founded in 1933.

In 1937 the Club organised its first international race which attracted a 3-boat team from Germany. In 1948 one of the best known craft of the local racing scene appeared on the Broad Toby Suttons Lycoming powered Whisso-Bang. By 1970 inboard runabout racing had disappeared, In the1960s saw the introduction of inboard hydro racing. At this time the runabout class saw a major change of direction in hull design when the first catamaran appeared.

At this time the runabout class saw a major change of direction in hull design when the first catamaran appeared on the Broad, when Pat Atkinson from Yarmouth acquired Akamo from Austrian boatbuilder Dieter Schulze.

He was later joined by Bob Spalding and Tom Percival who went on to gain international success as works drivers for the major engine manufacturers. Bob became the Clubs first World Champion when he won the Formula 1 series in 1980.

The outboard hydroplane section was revitalised in 1980 when Rex King introduced the 350cc Yamato motor from Japan.

Way back in 1936 a group of like minded enthusiasts from the North west of England got together at Carr Mill Dam, St Helens to form the Lancashire Hydroplane Racing Club. One of the oldest clubs in the country.

During the war years no racing took place but afterwards, with adrenalin fuelled ex soldiers and the availability of army surplus stock which could be turned into all manner of road and waterborne racing kit, the post war years saw a meteoric rise in powerboating activity across the country, and the Lancashire Hydroplane Racing Club started to flourish with its base opposite the present clubhouse.

Carr Mill Dam changed ownership on various occasions during the 50s and 60s and at one time boasted a fairground with helter skelter and a miniature railway.

The 1970s and 80s were the boom years with club race numbers often over subscribed and the lake full of water-skiers on weeknights and free weekends, with the racing fuelled with the desire to take part in the Famous Bristol Grand Prix which many of our members have won.

The clubhouse is also open at weekends to give a welcome to passers-by who walk around the dam or just want to sit and watch the water. We also undertake training and taster days in our three club owned boats, for budding powerboaters who either just want to have a go, or else want to seriously take up the sport.

Kingsbury Water Park is a country park in north Warwickshire, England, not far from Birmingham and lying on the River Tame.

It is owned and managed by Warwickshire County Council.

It has fifteen lakes situated in over 600 acres of country park.

It is renowned for its birdlife, and is popular with birdwatchers. It is bordered on the western edge by the Birmingham and Fazeley Canal.
The area which is now Kingsbury Water Park was previously the site of gravel extraction pits that were operated by the Midland Gravel Company.

The lakes were created from the craters left behind after the gravel had been taken out. The Water Park was opened on 24 May 1975 with two lakes and 123 acres.

It has been expanded over the years and as of 2011 has fifteen lakes in an area covering over 600 acres.

We are based at Stewartby Lake in the Forest Of Marston Vale in Bedfordshire.

In the 1930s Stewartby Lake, which is 220 acres of open water, was a clay pit where the brickworks obtained clay for the making of bricks. When it was no longer required it was filled with water & the beginnings of a leisure facility were born.

Stewartby Powerboat & Hydroplane Racing Club is the Powerboat Section of Stewartby Water Sports Club (SWSC) We are based at Stewartby Lake in the Forest Of Marston Vale in Bedfordshire.

In the 1930s Stewartby Lake, which is 220 acres of open water, was a clay pit where the brickworks obtained clay for the making of bricks. When it was no longer required it was filled with water & the beginnings of a leisure facility were born.

SWSC was formed in 1972 on land leased from the London Brick Company, which is now controlled by the Marston Vale Trust.

As a Powerboat Training Centre, we hold Taster Days when prospective powerboat racers can come & have a go. This can then lead to a Full Training Day which upon completion paths the way to obtaining a powerboat racing licence. We have 3 training boats for this purpose.

The club members participate in Club & National Championship Racing which takes place at various clubs around the country as well as at Stewartby.

Over the course of our history we have hosted many International Championships when we have had teams from all over Europe & the World.

We pride ourselves on being a hospitable & welcoming club to members from all over the world.

Motorboat racing has been taking place on Windermere since the end of the 19th Century making it one of the earliest venues for this sport in the country.

Records from The Ambleside Water Carnival and Fishing Competition in August 1923 show that races for motorboats and hydroplanes were included with fifteen motor boats registering for the opportunity to win the Waterhead Challenge Bowl and a Challenge Cup.

The following year thirty-four motorboats raced at the carnival which was a great family day out for Ambleside residents and in 1924 Harold Pattinson donated the E.H. Pattinson October Cup. Many of these early trophies were subsequently presented to the Windermere Motor Boat Club and are still competed for today, albeit at much faster speeds!

Increasing interest in motorboat racing led to even more informal races being held in between the official regattas with a small group of friends competing against each other on a regular basis. It was only a matter of time before these friends decided to form a club and so it came to pass that on 24th October 1925 The Windermere Motor Boat Club was born.

Initially the club occupied a boathouse situated in Bowness Bay, the original building having been demolished now forms the headquarters of the Lake District Boat Club. The design of the burgee originally had a "W" on the blue, but this was later altered to the red rose that is still currently seen on all the club boats. It was also decided that ladies be admitted to membership of the club and several joined in 1927.

During the war years racing stopped with many of the boats going on active service, but the club remained open and available for requisition, although this did not happen and members could still buy their one drink a day with rations or a club tie using a clothing coupon. The end of the war was celebrated in style with a victory dinner.

In 1949, the first Fitting Out dinner took place, a tradition which still takes place today prior to the first race day. By 1950, membership had increased to more than a hundred and it was obvious that the club building was no longer a viable venue for the many events that were taking place.

An extra ordinary AGM took place with the purpose of purchasing a property further down the lake. The result of this was the acquisition of Broad Leys on 18th August 1950.

To emphasise the true purpose of the club the word Racing was inserted into the title, thus The Windermere Motor Boat Racing Club became the club's official name.

More recently, in June 2012 club members sailing in the Queen of the Lake, joined the huge flotilla of water borne vessels on the Thames to celebrate The Queen's Diamond Jubilee.

Motor boat racing has taken place in front of the foreshore of Broad Leys every year until the Lake District National Park Authority imposed the 10 mph speed limit in 2005. Not to be deprived of the excitement of powerboat racing the club took its racing programme to Ramsden Dock, Barrow in Furness where the course provides a different, but equally challenging venue for the sport.

2013 saw the return of racing to Windermere for two main race days; these being Regatta and Commodore's race day. This has been achieved through an exemption clause which is the result of successful ongoing communications with the Lake District National Park Authority and other lake users.

The racing season begins in April and runs until September with ten race days taking place. One of these takes the form of an Inter Club race day which is hosted by WMBRC against the Lancashire Power Boat Club. The second Inter Club race day is hosted outside of our racing season in October by LPRC at Carr Mill, St Helens. Some members, racing under the WMBRC burgee, also enter the National Championships which take place all over the country.

Following in the footsteps of Donald Campbell and Sir Henry Segrave, WMBRC has many current members who have achieved National and World speed records for their class of boat which takes place annually in November at Records Week held at Coniston.

WMBRC uses handicap style racing which means that drivers can race many different types of boats in the same race. These range from converted ski boats to Formula 1 catamarans. Budgets for racing these types of boat vary depending on the type of boat you opt for. However, if you prefer to just enjoy the thrill of being driven at speed on water then there is always the option to be a passenger.

Medicals apply for both driver and co-driver / passenger. Another way to be a part of this exhilarating sport is on Rescue and Patrol and if you have diving skills that's even better though not essential! Finally, racing cannot take place without the time keepers so if you would like to be part of the racing scene, but don't fancy getting your feet wet this is the job for you.

For an idea of what we get up to and to find out when and where the next race takes place take a look at our racing page www.wmbrc-racing.co.uk and our Facebook page "Windermere Motor Boat Racing Club Sports Venue" then come along and join us one Saturday afternoon.